Denim is the most versatile textile. Mostly used for Mainly used to pack pants cut jeans, named after the French city of Nimes, in France, where it was produced.
The name blue jeans, instead, comes from the bleu de Genes, ie blue of Genoa, where this painting was exported and used in various ways.
Today, the most popular color is blue irregular, stonewashed or délavé. 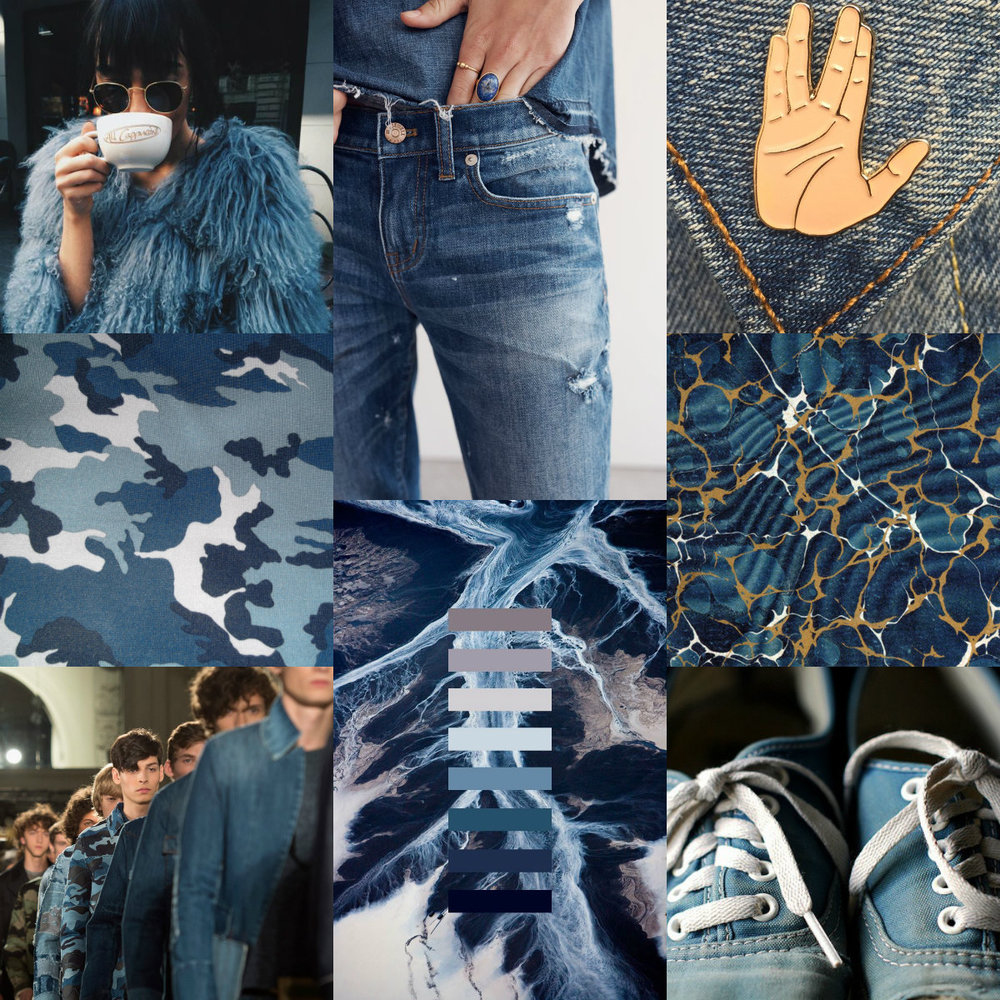